Inspirational Stories from those people living with Alström Syndrome or similar conditions, to inspire us all.

Our very own supporter and Trustee Alex, has been busy writing a ‘Living Outside the Box’ blog of her experiences, challenges and successes. “My new blog about living with disability in a world which isn’t made for us, but yet we keep defying the odds.”

Her first edition, is all about her love for horses and the challenges and enjoyment this has brought.

Life of a Blind Girl

Holly created the blog ‘Life of a Blind Girl’ in 2015 as a way of sharing her experiences of living with a visual impairment in a predominantly sighted world. Holly explains “over the last few years it has evolved and has become so much more than a blog, it is not just my hobby anymore, it is a huge part of my life.”

Holly brings together her experiences along with useful resources and tackling the stigma of disability. 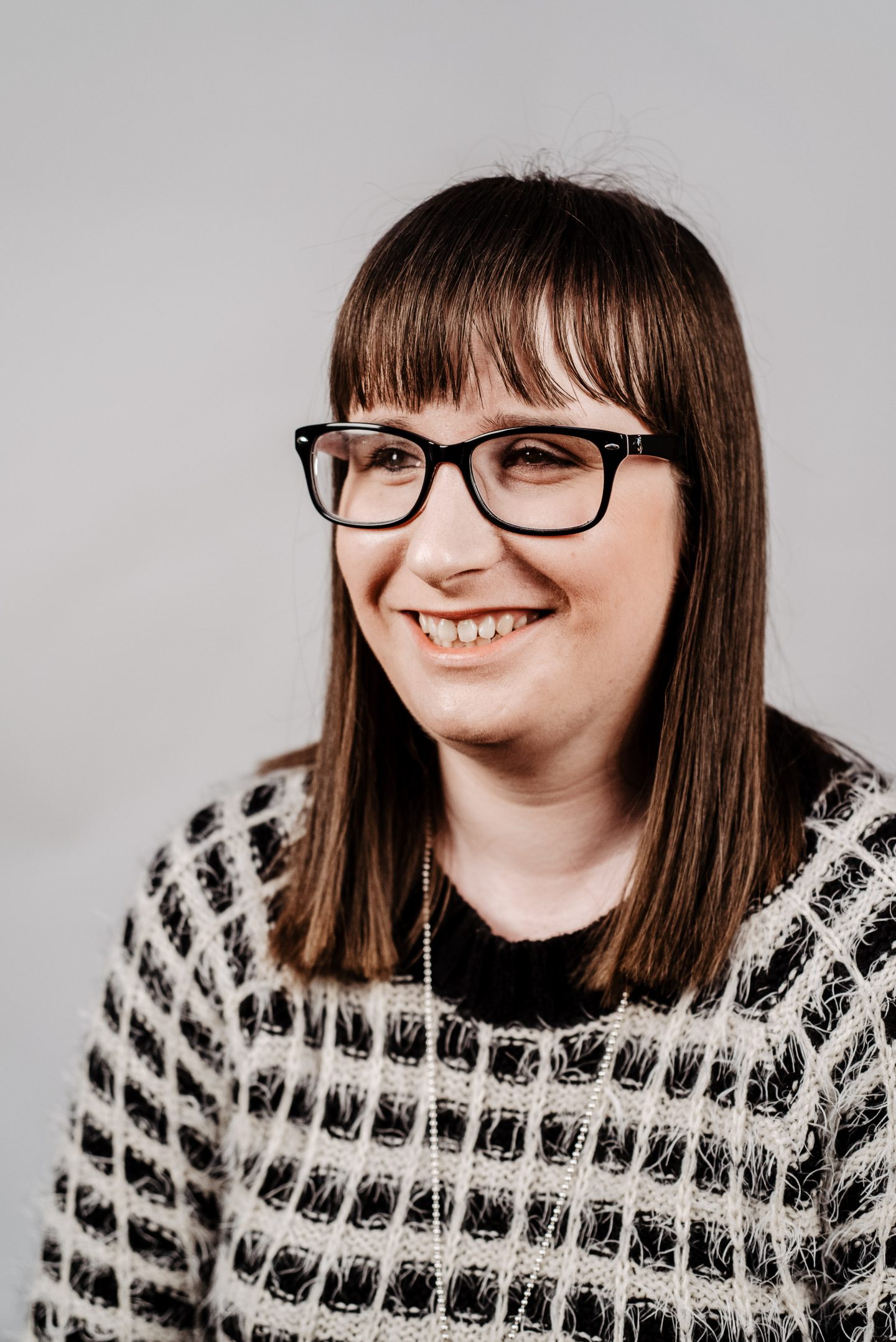 Holly has won lots of awards for her blog:

Check out Holly’s blog and subscribe by clicking on the link below:

"You are not your disability" Interview with Alex

ASUK Trustee, Alex gives an inspirational interview about not letting your disability define you, and always remembering it is what you can do that counts.

You can watch this truly inspirational video with Alex below:

"Diagnosed at 17" Interview with Kez and his son Hassan

ASUK Trustee, Kez and his Son Hassan give an insightful interview about being diagnosed at 17 years old with one of the rarest conditions in the world, Alström Syndrome.

You can watch this truly insightful video below:

"We help each other" A parents perspective

Two Mums, Julie and Pam talk about their own personal journeys of their children being diagnosed with Alström Syndrome and the importance of support.

You can watch their truly insightful stories below:

"We are an Alström Family" Interviews with Clinicians and Professionals

Watch this truly thoughtful video below to see interviews with Clinicians and professionals during the ASUK Conference. Talking about the AS multi-disciplinary clinics, research initiatives and why it is essential to bring everyone together to share information and knowledge to widen our understanding of this ultra rare complex condition, Alstrom Syndrome.

Chris, who has Alström Syndrome, with limited sight and hearing loss, shares his thoughts on wall climbing.

Chris’s story is also shared in the winter edition of the Open Hand magazine which is produced by Deafblind UK, you can see the full article and subscribe to their magazine which is full of useful information HERE “On Friday 25th August, I went along, with a local group of 9 people, all visually impaired, to Westview Leisure Centre in Preston to have a go at indoor rock climbing. I was a bit hesitant as I wasn’t sure what was going to happen. The instructor told us all about the climbing wall. You basically get into a harness that you wear around your thighs and waist and it’s attached to a big rope, like a tow-rope.

Before they let me near the harness, I had to do some exercises to warm up my muscles. The harness was quite comfortable and felt like I was sitting in a seat. Once the rope was attached I started to climb the wall. I had to feel for grooves and holes in the boulders on the climbing wall. The holes were all different sizes and different heights. I had to pull my body up by using my hands and feet.

At the first attempt, I couldn’t reach the top. My hands and legs turned to jelly and I came back down to floor level. It was quite a strenuous exercise. At the second attempt, I got over my fears and just kept reaching for the next hole to place my hand in then reached for the next hole for my foot to fit in. I reached the top in about 15 minutes. When I got to the top the instructor was there with me and we abseiled down to the ground together. This meant descending to the ground backwards by pushing my feet against the wall, holding the rope and sliding down to the ground with the rope between my legs. It was very exciting and I am doing it all again next month!”

If you are interested in finding out more about this sport have a look at The British Mountaineering Council the ‘Disability Needn’t Stop You Climbing’ article shows what is possible and where to find further information: https://www.thebmc.co.uk/disability-neednt-stop-you-climbing

ASUK would like to say a HUGE THANK YOU to Chris, who has been raising funds and awareness of Alström through selling his own pottery creations at a local Craft Fair in Freckleton. ASUK Chair, Michelle Hough has made a short film of her interpretation of the beautiful Portia’s Song from Friends and Heroes.

“It  features my wonderful daughter Millie and her story from birth to now. Millie was in intensive care at 5 1/2 weeks with heart failure and the road since has been a very rocky one. Millie has Alström Syndrome, she is registered blind and will continue to battle many severe medical conditions. She has and continues to inspire and amaze, we don’t know the future but we will not waste the present. Millie I adore and love you” Many of you entered the Seeing Ear Poetry Competition and your poems are going to be published in the anthology, well done!

You can see all the winners at the link below:

The poems were written to commemorate the 100 year anniversary of the start of the 1st World War and are published below. Twins Katie and Hannah Beck (pictured here) and Hannah Bromley-Challenor have had theirs published.

Who will?
Who will…March up the hill?
Who will…Fight the men?
Who will…Win the war?
Will you my laddie?
By Hannah Beck, aged 8 years old

Who will?
Who will…March all day?
Who will…Dig trenches all night?
Who will…Wear wet dirty clothes?
Will you my laddie?
By Katie Beck aged 8 years old The Unidentified
Rain poured harder that night as if it was sad to see innocent brave men die.

They laid in lines of ten, men young and old were at their fatal end.

Telegrams sent to every family with the bodies of the brave.

Some were left.  They were on their own now, in the pouring rain in a foreign field.

All because no-one could see or even remember a glimpse of who they once were.

They lay in holes and bomb shell holes alike, all in foreign mud and drowned in their own blood.

They were far from their true home where their loved ones and friends remembered the soldiers.

But one was given the chance.  To return and show in the glory of the whole of Britain that he and only he will represent the lost men.

Ones who died in their duty to England, who never came back.

He is always there.  Now, in the Abbey for his spirit is the one shoulder everyone can cry on.

This is a great achievement – Well done Lads!! Liam (centre) has been playing goalball for 4 years and usually he trains 3-4 times a week. Liam gives his thoughts “I absolutely love it and although it’s a great physical workout I can play for hours as my mind is focused on the game and my technique to feel tired.”

Liam enjoys this sport so much he has even tried coaching!

Are you interested in playing goalball? Or becoming a coach or an official?

Goalball UK are launching new clubs around the country. Consequently a number of free ‘have a go’ sessions are being held for potential players, coaches, officials and anyone generally interested in the sport to come along and learn more about it.

You can find more information at http://www.goalballuk.com/

Liam has set a new marker for anyone suffering from rare diseases – by becoming the positive role model for disability in the National Diversity Awards! Liam gained his most prestigious award yet – and, in doing so, introduced a whole new influential audience to the great work being done by Alström Syndrome UK.

Liam was nominated by his Mum Liz Little and she accompanied him to the Midland Hotel in Manchester in late September for the black tie awards ceremony sponsored by The Diversity Group – one-stop shop that delivers a wide range of multi-media services to reassure and encourage people from the most disadvantaged areas to further their careers.

“In all, there were over 8,000 nominations over all the categories and Liam was in the final three for his. We really didn’t think he stood much of a chance. In our typical fashion we got changed in a services toilet! We went in our scruffs and came out all dolled up!

“It was just like an award ceremony you see on TV and afterwards Liam did a bit of networking with a lady who works at an Asian newspaper, we enjoyed a three-course course meal, then it was award time. “We were over the moon when Liam won, I walked him to the stage where he received his award from Jodie Cundy – paralympic star- then Brian Dowling (host of Big Brother) brought over the microphone for Liam to say a few words.

“Liam thanked Alström Syndrome UK, Living Paintings and The Children’s Society for all their support.

“Ruth Brown (the Voice) then sang a few songs and we got home around 2.30 in the morning,” explained Liz.

Liam had been nominated for the work he does for the three charities- work which includes street collections, training volunteers who want to work with children with disabilities, working with a group of young people with hidden disabilities to gain skills, confidence and Independence and going round the country giving speeches. Liam Mackin (previously known as Liam Midwood) has made a bit of a name for himself at scrabble. In a recent scrabble competition at Shipley Scrabble Club in Yorkshire, Liam competed against people more than twice his age and won 2 of his 4 games. “I was amazed at how well he played,” says Kerry Leeson-Beevers.

Listen to Liam turn traditional nursery rhymes on their heads.